Arteta told BT Sport ‘I said to him (Holding) change your mind because you’re not going anywhere’.

The Athletic claimed a couple of weeks ago that the centre-back was set to join Newcastle on a season-long loan deal, however the Mail recently reported that Holding’s improvement has impressed Arteta.

Can you talk through the performances of Gabriel and Willian?

“They were both really good. For Willian it’s a little bit different because he knows the league, the country and is very settled here. So I knew his performance would happen straight away. For Gabriel, it was a big challenge for him today to come in. He hasn’t played football in the last six months and he had a terrific performance.”

Would you have ideally given Gabriel a few weeks to adapt before his debut or was it the plan for him to start?

“No, ideally I wanted to give him some time because he only trained for a few days with the team. Physically, he hasn’t played a competitive match in six months so it was a risk with injury as well but credit to him. He performed really well, physically he felt good and I was very happy today.”

There was a heated incident between Eddie Nketiah and Dani Ceballos. Have you spoken to them about that?

“I haven’t seen anything, sorry. I was inside.” 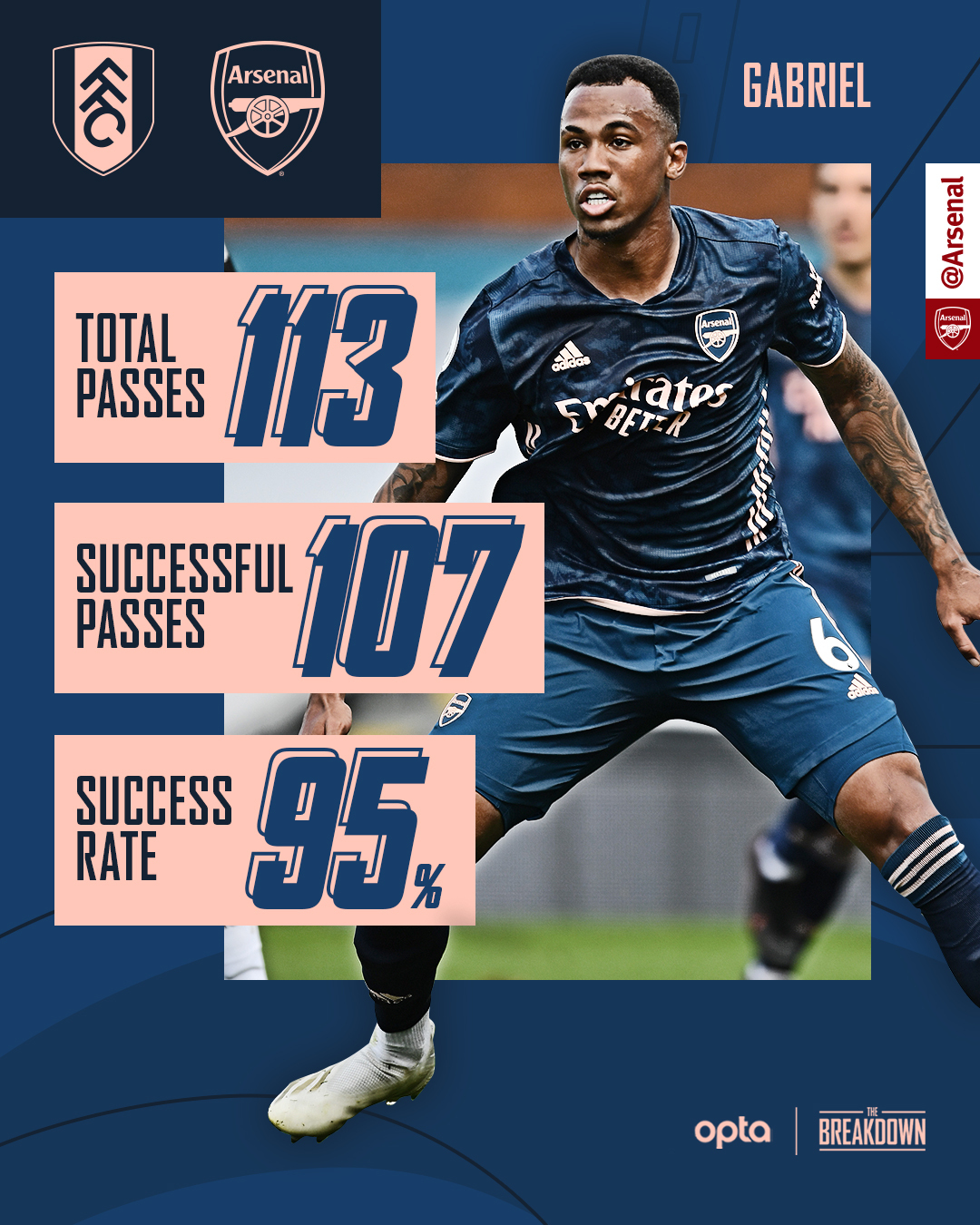 Signing a 32-year-old from Chelsea and springing a Premier League debut on a 22-year-old Brazilian centre-half is so very Arsenal.

And in recent years, those might have been the kind of moves that would have exposed the club to ridicule and defensive calamity.

Yet under Mikel Arteta, what looks foolish is turning out to be inspired. Where once there was fragility and uncertainty, now there is cohesion and determination.

A new season but the same old business for Pierre-Emerick Aubameyang, who scored Arsenal’s third in a comfortable victory

The club captain was mobbed by his team-mates to celebrate his curled, long-range effort to round off a thumping win